Lutheran church services in the Brule area were begun in the spring of 1911 by the Rev. E. O. Potratz of Big Springs, Nebraska, in the home of Dirk Harms. Because of the many preaching stations served by the Rev. Potratz it was impossible to conduct services regularly for the Brule people.

In time the prospects of forming a congregation in the Brule vicinity seemed favorable, so the Nebraska District placed a vicar in this area. The first vicar was H. H. Laabs, who taught school and preached. He was followed by Vicar R. E. Ristart, who also taught school southeast of Brule, then in the home of Dirk Harms, and finally in the Brule Public School.

The organization of a congregation in Brule was effected on September 29, 1927 in a meeting of Lutheran people of the vicinity. This meeting was held in the home of Mr. Edwin A. Kampfe. The charter members of the congregation were: Edwin A. Kampfe, Wm. E. Mueller, Dirk E. Harms, Foche Westerbuhr, Evert Harms, E. J. Hinrichs, Henry Harms, Harry Meyer, Hie Frerichs, Henry C. Meyer, Henry Frerichs, Howard Dresslar, Dick Harms, Jr., Marcus Schmidt, A. W. Schmidt, and Frank Westerbuhr.

St. John’s decided to withdraw from the dual parish arrangement and call a pastor who would reside in Brule and serve as the sole pastor of the congregation. This action led the congregation to build a parsonage just east of the church which was completed and dedicated on March 3, 1957. The Rev. Henry F. Krohn accepted the call from St. John’s and moved from Rawlins, WY to become the first resident pastor of the congregation and the first pastor to occupy the new parsonage. He was installed as pastor of St. John’s on February 3, 1957. Due to Pastor Krohn serving as President of the Southwestern Nebraska District of the LCMS, he was furnished Vicars during his pastorate, they were: Luther Mack, Howard Mueller, Reuben Bauer and Norman Allman. Pastor Krohn retired from the ministry on January 1, 1961.

Pastor Carl A. Mennicke then served the congregation from October 1, 1961 until November 20, 1962 when he was called to his heavenly home by a blessed death. During the ensuing vacancy a number of calls were sent to pastors, but none were accepted. Then, because of the shortage of pastors, the congregation accepted the counsel of the Nebraska District to join a neighboring congregation. It was then, that the Rev. Arthur F. Otto of Zion – Big Springs (who was the Circuit Counselor at the time) became pastor and served Zion as well as St. John’s until March 1965 when he accepted a call to Illinois. During the vacancy that followed, it was decided that St. John’s – Brule and Zion – Big Springs form a dual parish.

The Rev. Erwin L. Feyerherm accepted the call to serve the newly organized dual parish and was installed on July 11, 1965. Pastor Feyerherm served until May 31, 1968.

A call, then, to serve the dual parish was extended to the Rev. Frederick K. Kwirant, which he subsequently accepted and was installed as pastor on July 20, 1969. During his time of service the interior of the church was remodeled, redecorated and rededicated in a service in June of 1972. Pastor Kwirant served the congregations until November 27, 1977 when he accepted the call to serve at Zion Lutheran Church in Bonfield, Illinois.

The Rev. Bertram I. Schirmer was installed as pastor of the dual parish on August 13, 1978. During his pastorate, plans were discussed about additional space to be added to the church. A church improvement fund was established in 1979, and as the fund grew it became apparent that a new structure would need to be built instead. Pastor Schirmer accepted a call to serve as the director of Lutheran Valley Retreat at Divide, Colorado, leaving the dual parish on October 25, 1981.

On July 25, 1982, the Rev. Christopher E. Kellogg came to serve the dual parish. During Pastor Kellogg’s pastorate, the plans which had started to be put into place during the late 1970’s soon become a reality in the spring of 1983 when the congregation began building later that fall, directly east of the old church. The Ground Breaking Service was held on the afternoon of October 16, 1983.

By God’s grace, the availability of funds to build the new church sanctuary never impeded the progress of construction and the new church was dedicated to the Glory of God on the afternoon of September 8, 1985. The Rev Burnell Beyers, First Vice President of the Wyoming District, was the guest preacher for the dedication service.

During the summer months of 1986 Joerg Ackermann, an exchange student from West Germany, who had studied for one year at Concordia Seminary in St. Louis, served here as vicar, as a part of the exchange program.

Pastor Kellogg served both the congregations until December 28, 1986, when he answered the call to serve St. John Lutheran Church in Alma, Kansas.

On July 28, 1987, Rev. Joe E. Pederson was ordained and installed as the pastor of St. John’s and Zion. He served these congregations until May 14, 1991 when he was commissioned to serve as a Chaplain in the Armed Forces or our country.

A call was then extended to the Rev. Patrick J. Riley of St. Paul Lutheran Church – Thermopolis, Wyoming. The call was accepted and Pastor Riley was installed as pastor of the dual parish on September 1, 1991. He served here until July 31, 1994 when he accepted a call to serve St. Paul’s Lutheran Church – Winside, Nebraska.

August 6, 1995 was the day upon which St. John’s received her twelfth pastor. The Rev. Terry H. Daberkow was ordained and installed after being placed here out of the seminary. Pastor Daberkow served here until September 6, 1998. It was at that time, he accepted a call to serve at St. Paul’s Lutheran Church – Bancroft, Nebraska.

While serving at Our Savior’s Lutheran Church – St. George, Utah, The Rev. Albert L. Kasten was called to serve the dual parishes of St. John’s and Zion. He accepted this call and was installed on October 3, 1999. During Pastor Kasten’s time at St. John’s, the congregation celebrated her 75th Anniversary. He served until December 25, 2006 when he was called to serve the saints of St. John Lutheran Church – Deer Lodge, Montana.

The congregation of St. John’s, after much deliberation, opted to dissolve the dual parish with Zion Lutheran Church in Big Springs, Nebraska. They instead sought to go on their own and call their own pastor. During the vacancy, the congregation petitioned to have her membership transferred which had been with the Wyoming District to the Nebraska District.

After an extended vacancy, which included several calls being returned from the field, the congregation decided to request a candidate from one of the two LC—MS seminaries. By God’s grace, St. John’s received her first resident pastor in nearly fifty years when the Rev. Jon M. Dickmander was assigned to serve as the fourteenth pastor during the 2008 Spring Placement at Concordia Theological Seminary in Fort Wayne, Indiana. Rev. Dickmander was ordained and installed as the sole pastor of St. John’s on the afternoon of July 27, 2008. He currently serves here as her pastor and as the voice of sound Lutheran Doctrine in the Brule Community for over 100 years.

May God continue to grant the congregation of St. John’s such steadfastness in the Christian faith and to remain grounded in Jesus Christ—who is the way, the truth, and the life. (John 14:6) Just as it has been revealed and proclaimed to her throughout the years solely upon the basis of Holy Scriptures and expounded upon in the Confessions of the Lutheran Church (The Book of Concord – 1580).

“Come, everyone who thirsts, come to the waters; and he who has no money, come, buy and eat! Come, buy wine and milk without money and without price.” (Isaiah 55:1)

The Passion of Our Lord

The Resurrection of Our Lord
Easter Sunrise Matins – 6:00 a.m. 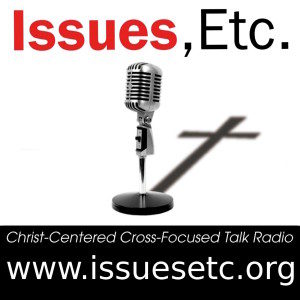